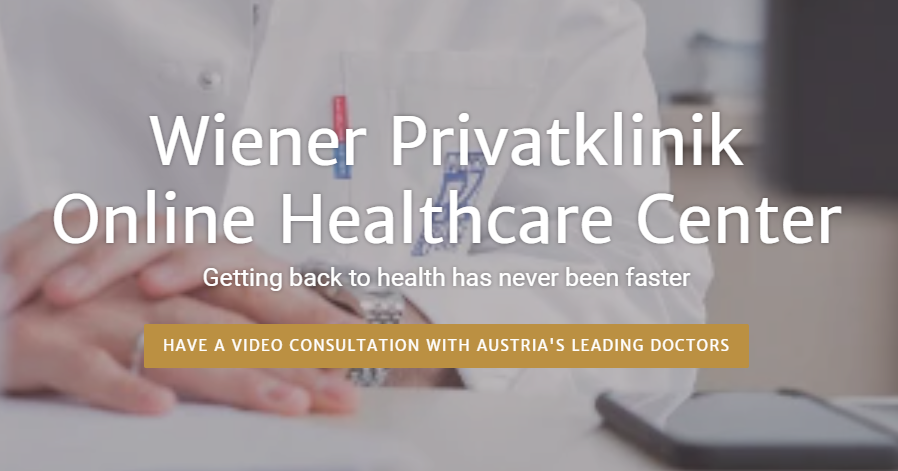 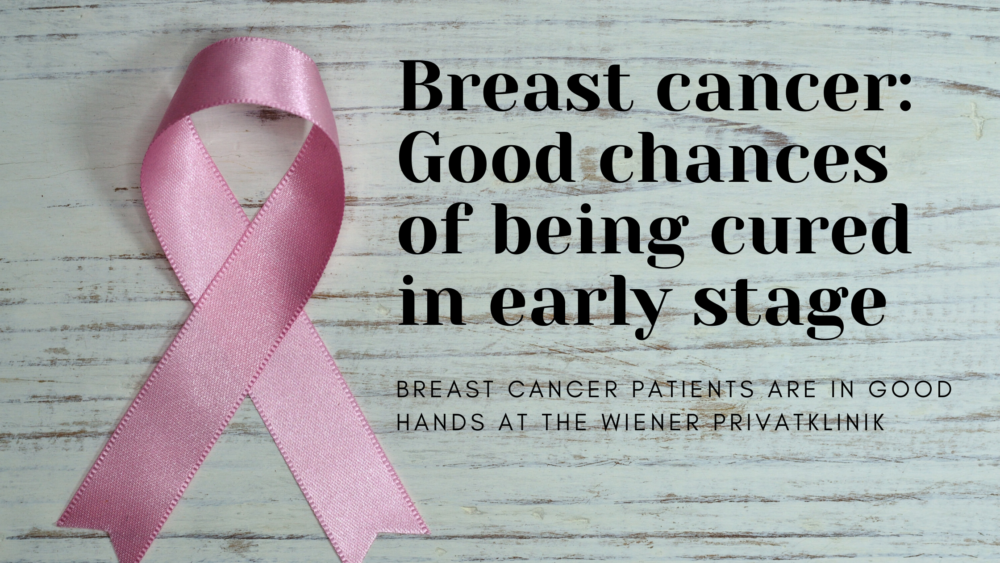 Breast cancer is omnipresent. Nearly one in every eight women will be diagnosed with breast cancer during her lifetime, and almost everyone knows someone who has been affected by the disease.  The danger of breast cancer does not stem from the actual tumor in the breast – which can usually be easily removed surgically – but from the metastases: cancer cells migrate from the breast to other parts of the body – such as the liver, lungs, or bones – where they metastasize. Breast cancer patients are in good hands at the Wiener Privatklinik (WPK). It has a number of outstanding physicians who enable state-of-the-art comprehensive diagnosis, treatment, and follow-up care of breast cancer.

There are three main pillars of treatment in breast cancer: surgery, internal oncology and radiotherapy. “Surgery is almost always the treatment option”, said Associate Professor Dr. Emanuel Sporn. This also applies to patients whose tumours have already led to metastases in other areas of the body and whose lives can no longer be prolonged with surgery. “Then it is a matter of preventing localised issues, such as tumour that has spread into the skin or the chest”, said the doctor, who left the University Clinic for Surgery at the Medical University of Vienna in March of this year to dedicate his time exclusively to private patients. If breast cancer is suspected, the suspicious lesion is removed during surgery and a pathologist performs a microscopic examination during surgery. If breast cancer is actually present, the carcinoma is surgically removed completely while under anaesthesia, leaving a safety distance, as are the lymph nodes in the armpit to which the cancer may have spread. In most cases, the sentinel lymph node is removed first. Only if it is affected will additional lymph nodes be removed.

The number one priority in breast cancer surgery, apart from completely removing the tumour, is to preserve the breast.

“For most breast cancer patients, the integrity of the female body is of great importance” -Associate Professor Sporn

About 90 percent of the patients can undergo breast-conserving surgery. This means that the skin of the breast and the nipple remain intact. “Most patients will only have a scar on the outside in the form of a line”, said the surgeon. If a lot of tissue has to be removed from the breast, breast reconstruction can take place during surgery – in cooperation with a specialised plastic surgeon – or at least started.

Early-stage breast cancer is very treatable. “If breast cancer is detected at an early stage and treated surgically, we have five-year survival rates of 90 to 95 percent”, said Associate Professor Sporn. The complication rates are very low; even patients who have had lymph nodes removed can be discharged to home care after one or two days. Some of the patients are already undergoing chemotherapy, hormonal therapy or immunotherapy before surgery. “The aim is to reduce the size of the tumour”, said Prof. Zielinski. Very often, the tumour becomes so small – or disappears altogether- so that those tumors can be operated on in a way that preserves the breast; without this prep, the entire breast would have had to have been removed.

This so-called neoadjuvant therapy is usually one of eight chemotherapy cycles. If the tumour is hormone dependent, the patient is also pre-treated with antihormonal therapy. In about 15 percent of all breast cancer patients, the tumour growth is subject to the growth factor HER2/neu.

These patients are treated with a special antibody that blocks HER2/ neu. “All these treatment options are based on the assumption that any metastases have the same properties as the primary tumour”, said Prof. Zielinski. “These treatments then also have an effect on the tumour cells that have settled elsewhere in the body.”

“If the tumour has already metastasized, we are no longer able to save the patient’s life, yet we can prolong it while maintaining the highest quality of life possible”, said Prof. Zielinski. There are a number of options, particularly when it comes to drugs that treat hormone-receptor-positive cancers. Great progress has been made in this field in recent years: “A few years ago, patients died an average of six to nine months after being diagnosed with metastatic breast cancer. Patients now have a life expectancy of five years on average, and more and more new drugs are helping to improve this situation.” Radiotherapy Another important pillar in the treatment of breast cancer is radiation therapy. If breast cancer has been operated on, patients should receive radiation after surgery as this greatly reduces the risk of recurrence of the cancer in the breast. Thanks to postoperative radiation, patients who underwent breast surgery have had the same good oncological results as patients who had their breast completely removed.

Treatment is of course always preceded by diagnostics. The Radiology Center located at the WPK offers all diagnostic imaging tests at one location, which is needed to diagnose breast cancer: If breast cancer is suspected, a mammography or additional special images are first taken, followed by a high-resolution breast ultrasound examination. If suspicious areas are found – but also if the breast tissue is very dense or the patient has breast implants – magnetic resonance imaging (MRI) is performed. Then a biopsy is performed: A sample is taken from the suspicious area of the breast under some form of guidance such as ultrasound, MRI or mammography and then examined in a lab. “This is an outpatient procedure under local anaesthesia and takes about half an hour”, said Associate Professor Dr. Johannes Sailer, one of the radiologists at the Radiology Center. This gives us the chance to determine the degree of spread of a cancer using a combination of positron emission tomography and computed tomography (PET/CT) or using conventional computer tomography (CT) of the chest and abdomen (tumour staging). Furthermore, the sentinel lymph node can be marked prior to breast surgery.

Early detection with a screening mammography is also possible at the Radiology Center. “Although we are not part of the breast cancer early detection programme of the Austrian health insurance companies, we offer patients with private health insurance the same high quality, considerably shorter waiting times and a comprehensive service”, said Dr. Johannes Sailer. If a suspicious lesion is discovered during cancer screening, further diagnostic measures such as an MRI or biopsy are immediately initiated. And if the suspicion is confirmed, the Radiology Center immediately puts you in touch with the outstanding surgeons and oncologists at the Wiener Privatklinik.

“The Radiology Center also welcomes patients who had a cancer screening with an abnormal finding (BIRADS 3, 4 or 0) done by a statutory health insurance radiologist and now wish to get a second opinion”, -Dr. Sailer.

“If there is a family history of breast cancer, then genetic counselling is a good idea” -Dr. Anne Catharina Dressler, a specialist in gynaecology, obstetrics and breast health.

In the context of a genetic consultation, the patient’s medical background is discussed, including how much sense it makes to do genetic testing.”

If there is a genetic predisposition, there are possibilities to prevent breast cancer. One option is to intensify early cancer detection, i.e. doing an annual MRI exam after the age of 25 and an additional annual mammography after the age of 35. “Another prevention possibility is to have prophylactic surgery done to remove the ovaries after family planning has been completed”, explained Dr. Dressler. This not only reduces the risk of ovarian cancer but also the risk of developing breast cancer.

The third option is the preventive removal of the mammary gland, which is often incorrectly referred to as a “mastectomy”. “In truth, only the mammary gland is removed, while the nipple and skin can usually be preserved”, said the specialist. In the course of removing the mammary gland, the surgeon can immediately start with breast reconstruction using silicone implants or the patient’s own tissue.